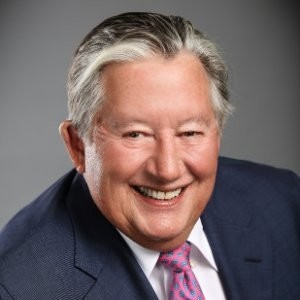 Robert W. Boland, Jr., J.D., LL.M., is the Managing Partner at Boland Law Group, PLLC, and focuses his practice in the areas of tax planning, and business planning and tax representation.

Robert W. Boland Jr. formed Boland Law Group, PLLC in order to better assist clients with their legal needs throughout Arizona.  Serving as Managing Partner for the firm since its inception, Robert has grown the firm to represent over 1,500 clients and companies throughout the United States and other countries. Robert focuses his practice on the legal and business needs of established and emerging growth companies, with an emphasis on tax, strategic planning and business law. Further, Robert enjoys representing and defending businesses involved in multi-tiered tax structures, including TEFRA and CPAR tax litigation and audits.

In addition, Robert has developed one of the most respected and known estate planning practices in the greater Phoenix area.  Robert counsels high net worth individuals and families in connection with all aspects of estate planning and other complex tax issues. He also represents families and their closely held businesses with respect to their succession needs.  Robert has been listed in the Who’s Who in American Law, first edition, as well as Best Lawyers in the United States (Expert Witnesses) and rated at the highest level with Martindale-Hubbell Peer Review.

Prior to forming Boland Law Group, PLLC, Robert served as Chairman and President of Sterling Bancorp, a national bank holding company.  Robert also served as CEO of American Sterling Bank, a national bank with offices and branches throughout the United States for over 8 years.  Robert also was a founding partner of Boland, McQuain, Block, DeHardt & Rosenbloom, a leading tax law firm in Kansas City, Missouri.

Robert began his career as a tax professional working as an accountant for Grant Thorton LLP and the Internal Revenue Service (IRS). Robert has also had the pleasure of serving as an adjunct tax law professor at the University of Missouri School of Law in Kansas City in their Tax LL.M. program.

Robert has a bachelor of science in business administration from Rockhurst Jesuit College, and earned his Juris Doctor and post-doctoral LL.M. (Masters of Laws) in Taxation from University of Missouri in Kansas City.

Before beginning his remarkable career, Robert served in the U.S. Army during the Vietnam War as a Green Beret.

BLG proudly serves the Greater Phoenix area with its Scottsdale offices as well as Northern Arizona with the Prescott office.

Back to top
Page load link